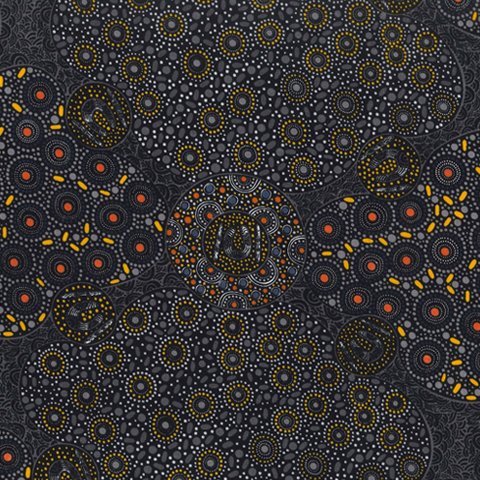 In Mc Donald range and some other places of Northern Territory women go to collect bush food and fruits. It is abundant around the area. Women collect in the dry season to make the tucker. According to Christine, the fresh bush fruits are tasty and healthy.
Christine Doolan depicted the bush food excellently. She presented the bush food in a very nicely. She presented the wild fruits on Coolamon (food tray). Fruits, insects and porcupine etc. could not escape her sight.